Following the 2013-2016 outbreak of Ebola virus disease (EVD) in West Africa, governments across the region imposed a ban on the hunting and consumption of meat from wild animals. This injunction was accompanied by public health messages emphasising the infectious potential of wild meat, or ‘bushmeat.’

Using qualitative methods, the authors examine the local reception and impact of these interventions. Fieldwork was focused in 9 villages in the Eastern and Southern provinces of Sierra Leone between August and December 2015. They conducted 47 semi-structured interviews, coordinated 12 informal group discussions, and conducted direct observations throughout.

The authors also draw from research undertaken in Sierra Leone immediately before the outbreak, and from our participation in the EVD response in Guinea and Sierra Leone. Our findings underscore the social and political reverberations of hunting proscriptions. Messaging that unilaterally stressed the health risk posed by wild meat contradicted the experiences of target publics, who consume wild meat without incident. This epistemic dissonance radically undercut the effectiveness of the ban, which merely served to proliferate informal networks of wild animal trade and sale-rendering the development of acceptable, evidence-based surveillance and mitigation strategies for zoonotic spillovers almost impossible.

Further, the criminalisation of wild meat consumption fuelled fears and rumours within communities under considerable strain from the health, social, and economic effects of the epidemic, entrenching distrust towards outbreak responders and exacerbating pre-existing tensions within villages. These unintended consequences are instructive for public health emergency response and preparedness. While wild meat is a risk for zoonotic infection, mitigating those risks entails interventions that fully take into account the local significances of hunting-including a communicative engagement that is designed, validated, and continually refined before emergency situations. Ultimately, our research questions the value of legal sanctions as a means of behavioural change in an emergency context. UNICEF/UN010144/Ayene
Children and their families travel up to ten hours to get to Qacha Chalu Water Point in central Ethiopia. Across Ethiopia, millions of children are struggling to cope with food insecurity, lack of water, disease and threats to their education and safety. After two years of erratic rainfall and drought in some countries, one of the most powerful El Niño weather events for 50 years is wreaking havoc on lives and livelihoods. There is no water where these children live so they have no choice but to undertake a long and difficult journey, several times a week, with their cattle  often waiting for another eight hours in the heat to queue for pump, before making the journey home. The water is hot and salty and children drink from the same trough as their animals. Mothers report that children have diarrhoea and back pains but there is no alternative; this is the only water source for miles. Qacha Chalu Water Point, Dhebtiti Kabele, Fantale Woreda, East Shoa Zone. © UNICEF Ethiopia/2016/Ayene 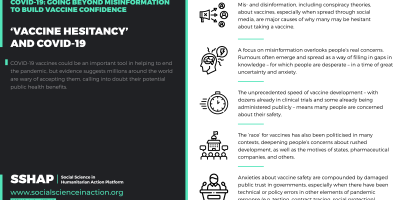